During the second quarter in our seventh period class, we were given a amazing project to complete. Mrs. Sanderl, the art teacher, introduced us to an inspiring art form; book folding. Book folding is when you come up with a word of your choice, choose a font, print the word out on a template, and then start folding away. Trust me, it's a very complicated process. At first I thought it was going to be a walk in the park, but I soon came to realize that I may have to restart a few times. We got inspired to do this project from a man named, Isaac Salazar. This American book artist, reuses books that are going to be disposed or are not in use and later turns them into a work of art. Visual Literacy is the ability to receive  meaning through an image and is the belief that meaning can be produced through reading. This project is an example of Visual Literacy because after the individual picks a meaningful word, image or number, it forces thought and interest upon the viewers mind.

With this opportunity, I decided to fold a book that read "Sing". I chose this word because I have been singing for as long as I can remember and I just simply love to sing. The font I incoorperated, I believe really matched my word. It's a simple font, but it also has a special flow to it that really went well with my word. Singing has a flow of melody, words, and meaning. Singing does not only help me but I know how it also connects to a lot of other people; I wanted my word to have a special meaning not only to me but also to others. For the book, I folded around 337 pages. 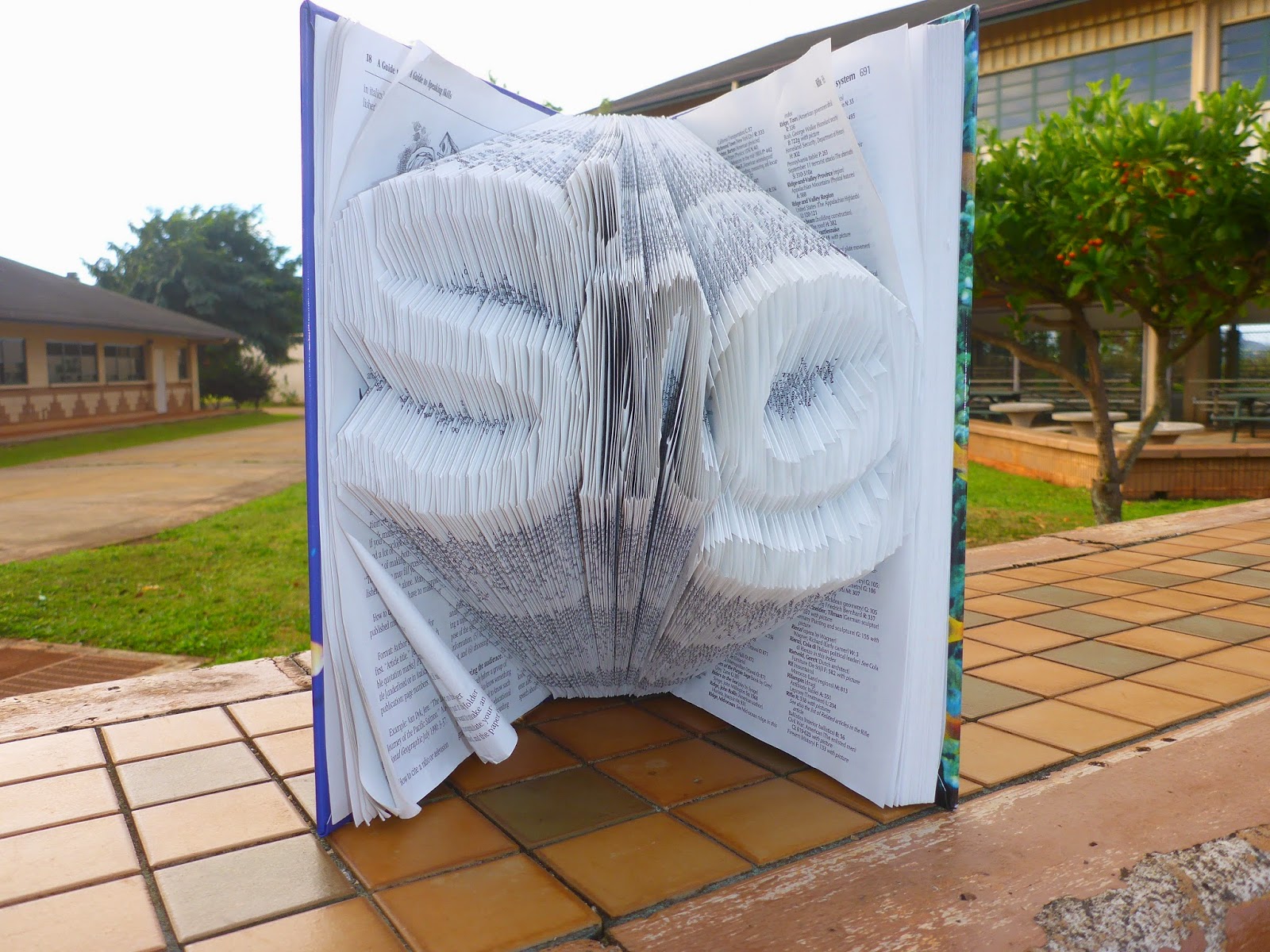 I believe my book turned out pretty good and I'm inspired to create a new one. Although I was quite satisfied with the result, I noticed that the I and N were a little smaller than the S and G, so it was a little difficult to read it. If I were to do this project again, I would probably fold the pages more accurately and I would also choose a image next time. Even though there was a lot of frusteration during the process of folding, I had fun and I'm sure that people will want to inspire others to do the same.